09:30 – 11:30 For Screenwriters: Developing Your Screenwriting Career
How do you create a sustainable career as a screenwriter? This session will explore crafting a writing CV (when you don’t yet have many or any produced writing credits), getting an agent/manager, developing as an artist inside a commercial industry, expanding your network and finding creative partners who will champion your writing.

12:00 – 13:00 For Screenwriters and Producers: Script Development: The Structured Ideal and the Messy Reality
What does an idealised script development process look like for writers and for producers and are they the same? And how do you cope with the messy reality of what a creative development process really looks like?

14:00 – 16:00 For Producers: Managing the Script Development Process
Develop your skills in evaluating scripts editorially and learn how to identify the right notes to give and when to give them. Hone your communication skills in creative conversations with writers and discover how to create momentum in your script development process.

The workshop fee is $75 for OSM members and $100 for non-members. To register, contact Tani Miki, Manager of Communications and Reporting at 204-927-5899 or tani@onscreenmanitoba.com. 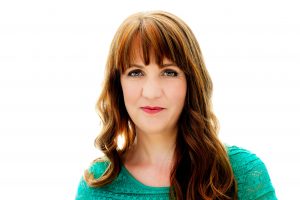 Hayley McKenzie
Script Angel CEO & Founder
Hayley has extensive film and television experience, script editing in development and production for over fifteen years. She was Development Executive at ITV Studios and has script edited UK shows Casualty (BBC), Blue Murder (ITV), and Hollyoaks (Channel Four) and feature films including Papadopoulos & Sons and The Watcher Self. As a producer, Hayley’s short film Love in the Afternoon secured a distribution deal with Shorts International.

Hayley is an international speaker, having presented masterclasses and appeared on  panels at the London Screenwriters’ Festival, Craft of Comedy UK, Raindance Film Festival (Digicreators Writers Room) and at the prestigious Cannes Film Festival.